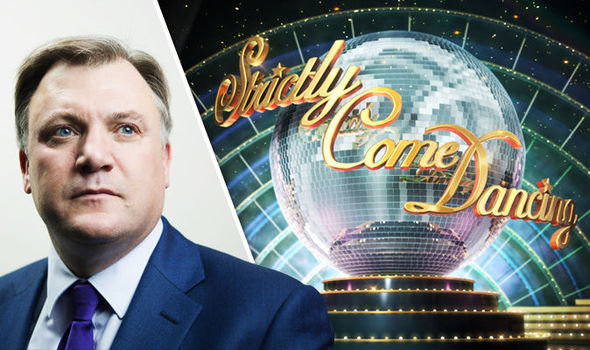 Whether a fan of Saturday night’s Strictly series or not, it has been impossible to avoid the furore over Ed Balls’ performances and enthusiastic interpretations.  But there are some interesting lessons that we can all learn from his unlikely heroics.

I have never held Ed Balls in very high esteem – nothing to do with his politics but to me he has always come across in interviews and public appearances, as being rather smug and untrustworthy.

Unfairly there is no basis for this judgement – I’ve never met him, but the sound-bite journalism that we are often exposed to as the electorate, did not provide a substantial insight into the character of the person.

I was therefore fairly sure that he was a) the joke candidate and b) would be voted off pretty quickly.  How wrong was that assumption!  He took the challenge in his stride; he worked very hard to perform and improve; he wasn’t afraid to laugh at himself and interviewed in an engaging way.  He knew he wasn’t the best but that didn’t detract from his determination to try and improve within his own capabilities.

Grabbing the opportunity from change

I’m sure that when he lost his seat in the 2015 election, Ed Balls must have had some moments of panic, not knowing what the future held and how he was going to go forward.  In addition, the change in circumstances was conducted in a very public forum – not something that any of us would relish.

As with many “celebrity” shows, the accusation is often levelled that it is to reignite a failing career – and perhaps in this instance, this was an accurate assessment.  But goodness, what a way to set fire to people’s perceptions and put yourself back in the market place!

Now we don’t always have the chance to “advertise” ourselves on national television every weekend, but taking a chance and grabbing the opportunities that present themselves in times of crisis is a brave decision.

Change can be a nightmare scenario for many, especially when we are not in control of the circumstances.  But taking a pragmatic approach and accepting that a risk may well lead to a whole new range of experiences and skills is the way to go.

I’m not sure many of us will require sequins and spray tans for our work attire, but taking the chance to learn new skills and practise these, take constructive criticism and continue to develop is something that we should all embrace.

Being true to yourself

Ed Balls was lambasted over the last few weeks for not withdrawing from the competition to allow more accomplished “dancers” to progress.  He rightly, in my opinion, stood his ground.  He appreciated the support the public was giving and said he would go when they stopped voting and the process was followed.

Sometimes it can be difficult to stick to your principles, particularly in the face of being shouted down by others.   Staying true to yourself and your beliefs and opinions is an important element of being assertive in your business and personal life.  As soon as someone thinks they can bully you in to changing your values and behaviour, you’re on a hiding to nothing.  It doesn’t involve slavishly sticking to your guns, but don’t be pushed around by others who have another agenda and don’t value your contribution.

I think Ed’s time was up yesterday but his gracious exit and kind comments to all involved in the process should give us all some food for thought and I’m grateful for the opportunity to have seen another side to him and to have had my opinion changed for the better.